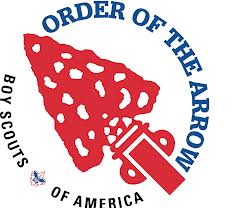 The Order of the Arrow has four purposes:
Eligibility
To become a member, a youth must be a registered member of a Boy Scout troop, Venturing crew or Varsity Scout team and hold First Class rank. The youth must have experienced 15 days and nights of camping during the two-year period prior to his election. The 15 days and nights must include six consecutive days (including five nights) of resident camping, approved and under the auspices and standards of the Boy Scouts of America. The balance of the camping must be overnight, weekend, or other short-term camps.
Scouts are elected to the Order by their fellow unit members, following approval by their Scoutmaster, Venturing crew advisor or Varsity team Coach.
Induction
The induction ceremony, called the Ordeal, is conducted at Scout camp and is the first step toward full membership. During the experience, candidates maintain complete silence, receive small amounts of food, work on camp improvement projects, and are required to sleep alone, apart from other campers, which teaches significant values.
Brotherhood Membership
After ten months of service and fulfilling certain requirements, a member may take part in the Brotherhood ceremony, which places further emphasis on the ideals of Scouting and the Order. Completion of this ceremony signifies full membership in the OA.
Vigil Honor
After two years of service as a Brotherhood member, and with the approval of the national Order of the Arrow Committee, a Scout may be recognized with the Vigil Honor for outstanding service to Scouting, his lodge, and the community. This honor is bestowed by special selection and is limited to one person for every 50 members registered with the lodge each year. 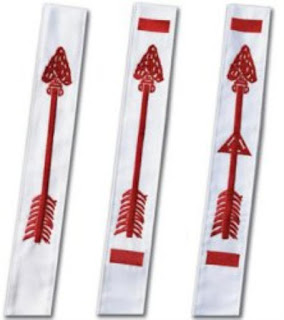 CLICK HERE to Learn more about BSA Order of the Arrow

On my honor I will do my best To do my duty to God and my country and to obey the Scout Law; To help other people at all times; To keep myself physically strong, mentally awake, and morally straight. 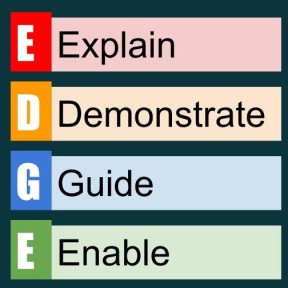